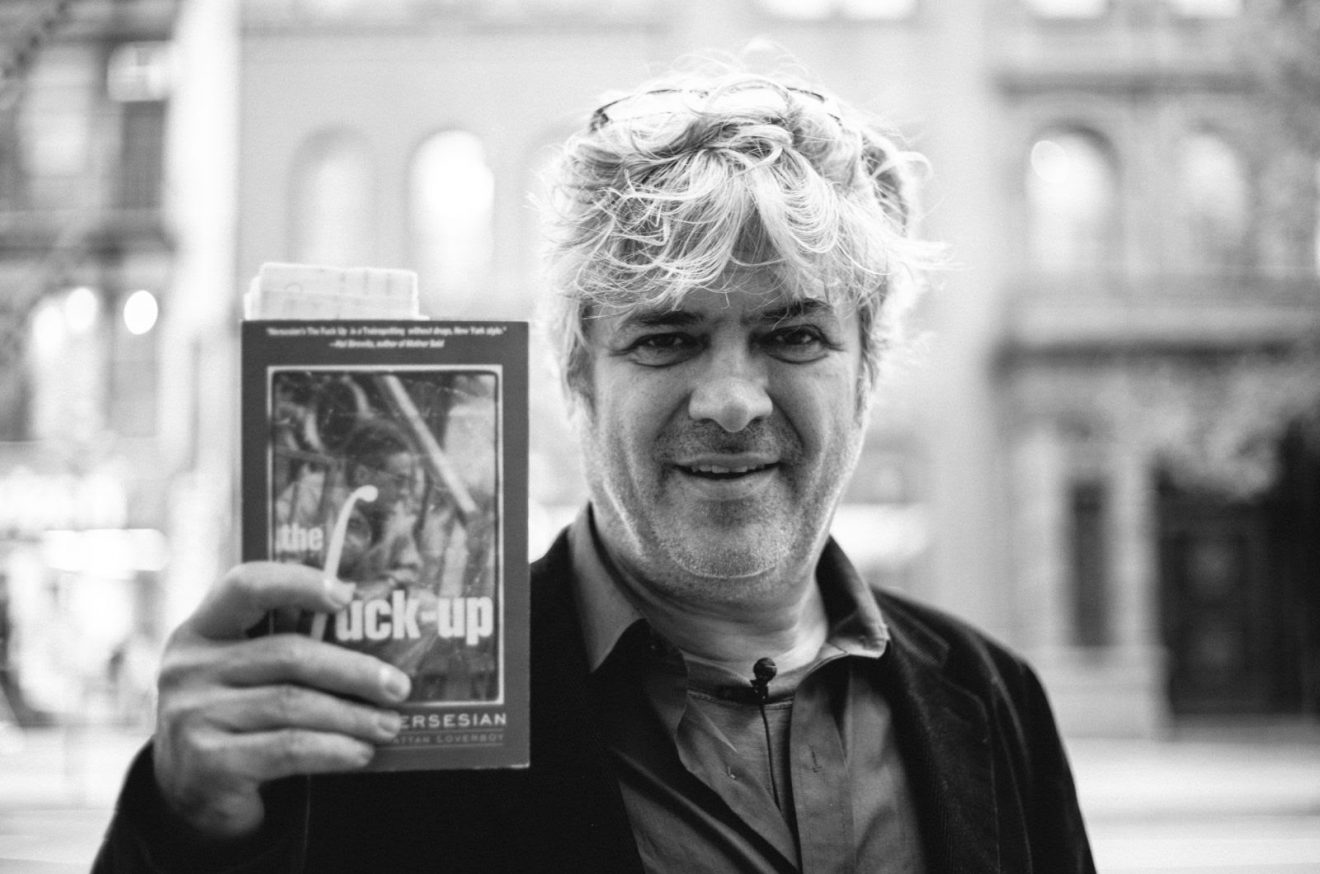 Arthur’s intense and darkly comic work, which includes The Fuck-Up, Chinese Takeout, and Unlubricated, is often set in his native New York City. In this interview, he shares the identity challenges he faces as a creative who has witnessed deep changes in an iconic location.

I was born in New York, moved out to Oregon and California for some time, but I kept getting pulled back to the city. The first half of my life, New York City was a rundown place. It was scary and dangerous too. The one good thing is it was affordable, but most people didn’t want to be here.

The second half of my life, New York had become overpriced. It’s relatively clean and safe, but you can’t afford to be here. There’s a whole new demographic of people that have moved in, and they’re so different from those who lived here before.

You used to see communities of people that were very specific to each location. In my neighborhood, East Village, I’d see Alan Ginsburg on a weekly basis. You just walked through the streets and you’d bump into him and you’d say, “Hi Alan.” And he was very friendly. Two blocks from where I live now, David Schwimmer (Friends actor — ed.) has a house. I’ve never seen him, and his house is always dark — kind of a Frankenstein’s castle.

It’s not nearly the city that I grew up in, so it’s very surreal in that respect.

In Unlubricated I made an effort to take a picture of the city. We have a shitload of writers and novelists here, but very few reflect any image of New York. I mean, it’s an incredible place for a variety of reasons, and so little of that seems to make it in. People think more of the artistic or the televised appearance of the city than about its actual self — Sex in the City, Seinfeld, and Friends — these Hollywood myths that are a very narrow and sanitized view of the city. I’m always trying to capture the actual city. There is all this money coming in, rents are going sky high and interesting little venues that really gave the neighborhood its strength and identity are being wiped out. I just went by two coffee shops the other day that I used to frequent — go there with my laptop and write, and both of them are now empty.

Next year I’m coming out with my 14th book and I still can’t live off the writing. I’m now 61, and I kind of figured that by this point in life with 14 books published and film deals and foreign rights deals that I’d be able to support myself. But I still cannot do that.
I think there’s a point in life where you work at trying to become something and then you are that thing, and you suddenly realize — this can be the case of becoming a writer specifically — that the money’s just not coming in.

To some degree, there’s this kind of faith, which is probably more like a hope, that somehow it’s going to pay off and that your horse is going to come in and you’ll get a bestseller or you’ll get a big enough audience where you can actually support yourself out of this.
As I get older I’m losing faith that’s ever going to occur. You put all this work into developing this craft. You’re making yourself into kind of a machine that makes this product, and it becomes hard to walk away from that.

Yet, writing is one of the things that stabilize me. Some days I wonder how far off I am from, say, a heroin addict. And maybe doing that is kind of unhealthy. It’s more of a crutch that I lean on and I should probably go away and do something else. At this point in life, I feel like I’ve got too much heroin in me. But at least a heroin addict gets high, right?

You also become addicted to rejection. I don’t know if it’s a healthy thing. If I had a kid, I would not want my kid to become a writer.