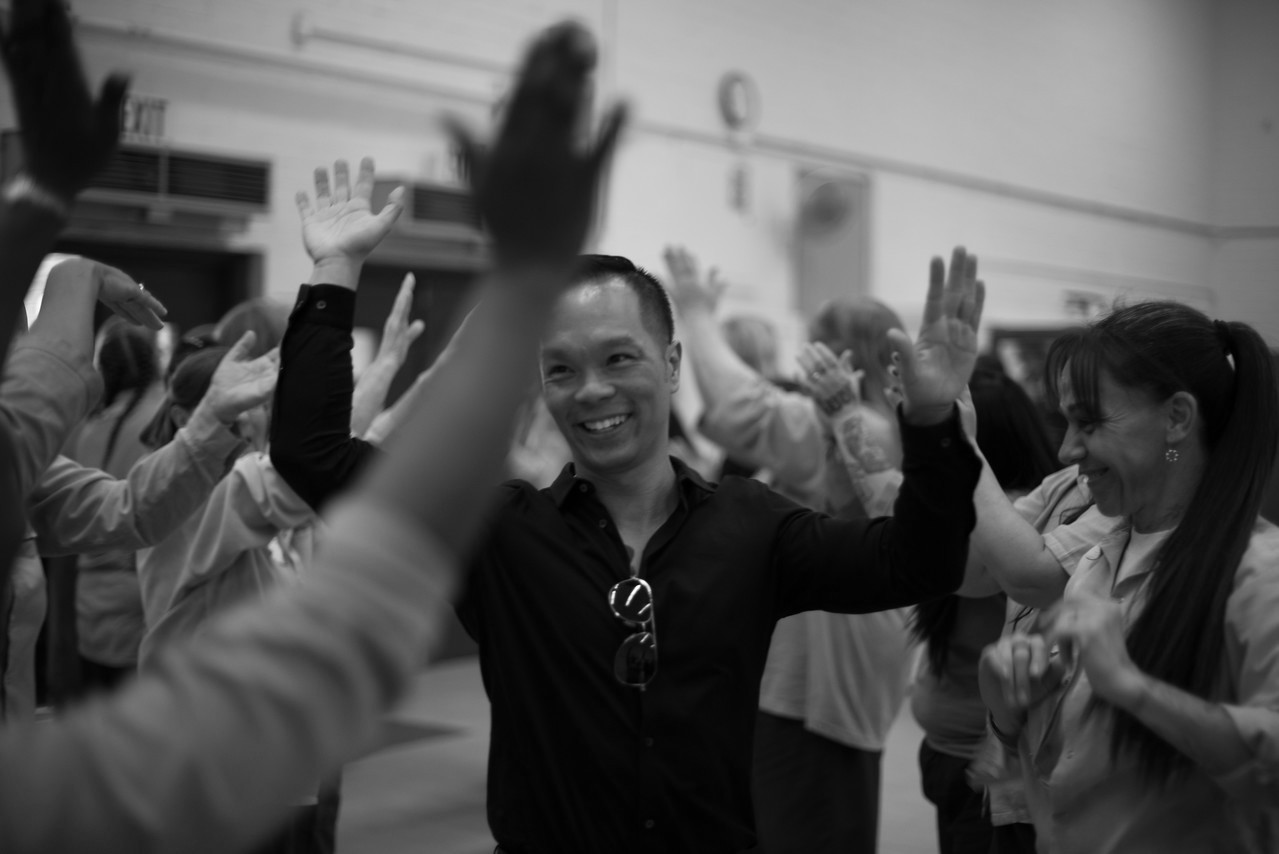 From Life Sentence to Business Prosperity

Quan Huynh spent sixteen years in California’s Solano State Prison for second-degree murder. He was paroled in 2015 and went off to start a cleaning company. In three years, his business had a six-figure net worth. Now, together with Defy Ventures, a nonprofit organization addressing mass incarceration and recidivism, Quan is encouraging other ex-inmates to pursue their entrepreneurial goals.

The Vivid Minds spoke with Quan about what it takes to start life from scratch, even when you’re not welcome in your own society.

Life in prison is not easy, everybody knows that. What most people don’t realize is that life can be just as hard after prison. According to the National Institute of Justice, almost 44% of inmates released end up going back to prison before the end of their first year out. Part of the problem, of course, is that most companies won’t hire anybody with a criminal record. So what can people do to make a living?

For me, crime wasn’t the answer. When no one will give you a job, the only way to make a living is to create your own business. In my last year at Solano State Prison, I joined an entrepreneur-in-training program organized by Defy Ventures. They invite business professionals with various backgrounds to motivate and teach inmates about finance, networking, and personal development, but also about the importance of discipline, consistency, and planning.

In one of the exercises, we were asked to come up with a list of goals to achieve in five years. Then we had to break it down into what could be achieved in three years, then one year, and finally in our first month out of prison.

In addition to joining the program, I worked in the prison hospital and led the sanitation team. I made sure to learn all I could about the trade. After my release in 2015, my first job was in my brother’s real estate company. The goal, though, was to create a business, so I kept my eyes and ears open. When I found out that the owner of the firm’s building was looking for a new janitorial service, I seized the opportunity. With the help of my relatives and through exhaustive research on Google, I defied the odds against someone with a criminal history and founded Jade Janitors.

It was a big gamble for me: I spent $1,300 on registration and insurance without any guarantee that it would pay off. At the very least, I thought, it’ll be my first failure in business. So I emailed the building owner, and he replied requesting a quote!

Since I worked in the building, I knew how big it was. I started doing some calculations: about three hours for me to clean the premises, maybe four hours for someone else, whom I’ll pay. This is the margin I would like to have on this contract. So I sent a quote, and the management asked if we could start on Friday.

It took me four days to launch the company and pull off my very first contract, only six months after my release. I was lucky to get it, but at the same time it was not just luck – I saw the opportunity and seized it.

I made a million mistakes in the first two months.

I hired guys who didn’t know how to do the job. I forgot to ask for my employees’ social security numbers, so I paid taxes for them. I didn’t understand how to make a bid proposal or issue a quote. Unlike the first time, I underbid and that’s why they hired me. But with others, I overbid and got nothing.

Defy also taught me the power of networking and building business relationships. One of our earliest clients decided to refer my company because he appreciated my willingness to build a relationship based on goodwill, not transactions. We continued to add value to our partnership. Another client decided to switch to our company after sharing his company’s list of pain points. He decided to go with us, even though we quoted a 40% premium over what he was currently paying.

I felt psychological pressure while running the business.

I’ve never felt comfortable telling another potential business owner or client that I was in prison. I was afraid that they would turn us down. I was constantly scrolling through answers in my head in case people asked me how I got into the business. I didn’t want to lie, but I chose not to tell the whole truth. I often said that I used to work in a hospital up north.

When I meet people who believe in second chances or in criminal justice reform, I always talk about my experience, explaining that we have a kind of superpower from being in prison. People are interested in such experiences.

A few of my employees are formerly incarcerated people. They’re my best workers. By asking them a few questions about the kind of work they did in prison and what they accomplished there, I’m able to assess their future performance. There’s a lot of hard work to do in prison, but if you’re dedicated and hard-working, you can move up.

What I value about Defy’s mission is the desire to change society’s opinion and attitude about people with criminal backgrounds. A few months after I launched my company, Defy opened an office in Southern California and I became their Post-Release Program Manager. I use my experience to help people follow their entrepreneurial goals when they come home, and I already have a few success stories to tell.

We truly believe in second chances, and our numbers prove that our concept works. Right now, about 84% of our graduates find employment within the first 90 days after parole.

This is a lot better than the national average, in which about 60% of parolees are still unemployed within the first year.

I feel happy when I hear our graduates’ success stories. For example, one of our guys found a job at Proterra, an electric bus company. It’s his first job ever. He lost one of his parents when he was fifteen and then spent more than half of his life in prison. Now he’s thriving at his job. They love him there, in spite of him having to take time off to accommodate mandatory parole classes and officer meetings.

There’s one guy, Gregory, who lives in San Francisco and started a trade show banner company. He creates huge banners and booths, and his clients include Google, eBay, and LinkedIn. Another guy out in New York opened a prison-style fitness boot camp called ConBody. It’s a full-body workout like any fitness routine but in prison-style. What a cool idea. As far as I know, ConBody hires system-impacted people to teach fitness classes.

We also measure our success on whether our graduates go back to prison.

Recidivism is a major factor in post-prison conversations. We’re proud to say that these guys are making a living, contributing to society, and staying clean.

Remember that 5-year plan I mentioned before? Everything on it, including buying a house and finishing a book, I hit in my fourth year.

People with criminal backgrounds are not necessarily bad people. They’ve just made bad choices. All they need is a second chance.