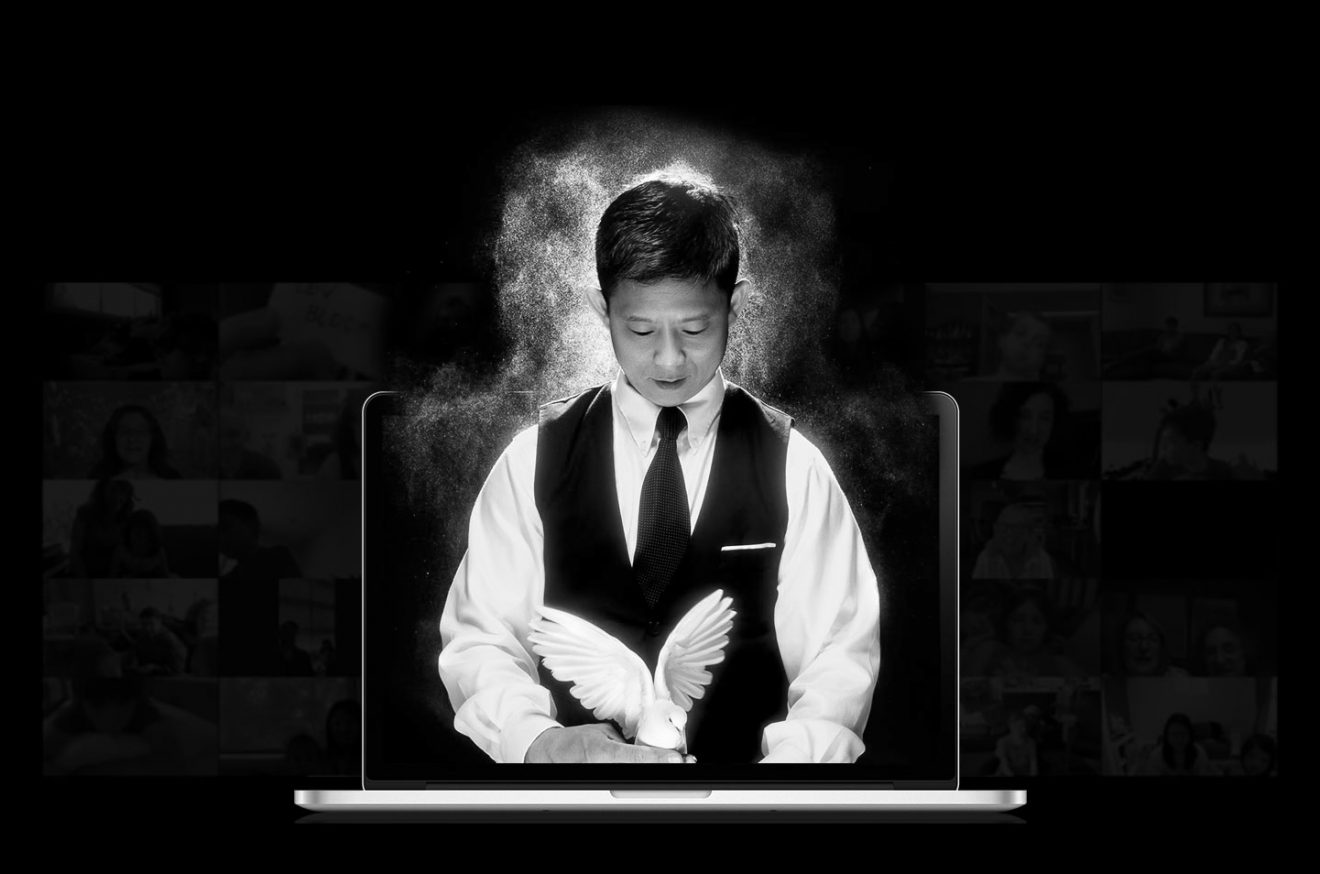 He Used to Work for PayPal. Now Silicon Valley Giants Hire Him to Make Magic

From PayPal employee to the Big Tech’s favorite magic-maker, Dan Chan turned his life around and quit a comfortable office job to perform card tricks. But the risky leap that he decided to take paid off: he is now a regular at Google parties and his Zoom shows wow the audience even from the flat screen of a laptop.

Dan Chan enters the Zoom meeting, and the yellow rubber band in his hand immediately grabs my attention, turning into a small star before my eyes. A successful magician, Dan has performed for Silicon Valley’s most famous corporations, including Airbnb, Apple, and Facebook. He watched leopards and camels walking into a billionaire’s party, and Google alone has hired him 60 times.

As a former office worker, Dan has spent hours and hours practicing to build a strong personal brand and a lucrative business on the raw emotion of watching a card float over the table.

Dan got into magic late. He was 20 years old when he tried his first trick that involved a card floating and flying around his body. Cards often become a “gateway drug” for beginners — they can be easily manipulated, unlike coins which have no angles and can easily betray you. Once the audience hears the jangling, it knows there is another coin involved in the trick.

When magic came into Dan’s life, he was working as a PayPal pre-IPO employee in the San Francisco Bay Area. He joined the startup in 1999, even before Elon Musk, and spent 13 months there. By the time Dan decided to leave, bored with the desk job, he was being paid about 35 thousand dollars per year. He had to admit to himself he hated working from the office, and then he took some months to get his stock options together and finally quit.

“I want to be my own boss, even if I am going to perform for kids,” Dan said to himself.

Parties are a huge part of Bay Area citizens’ culture, and Dan started off with kids’ performances, as this kind of business has quite a low barrier to entry. 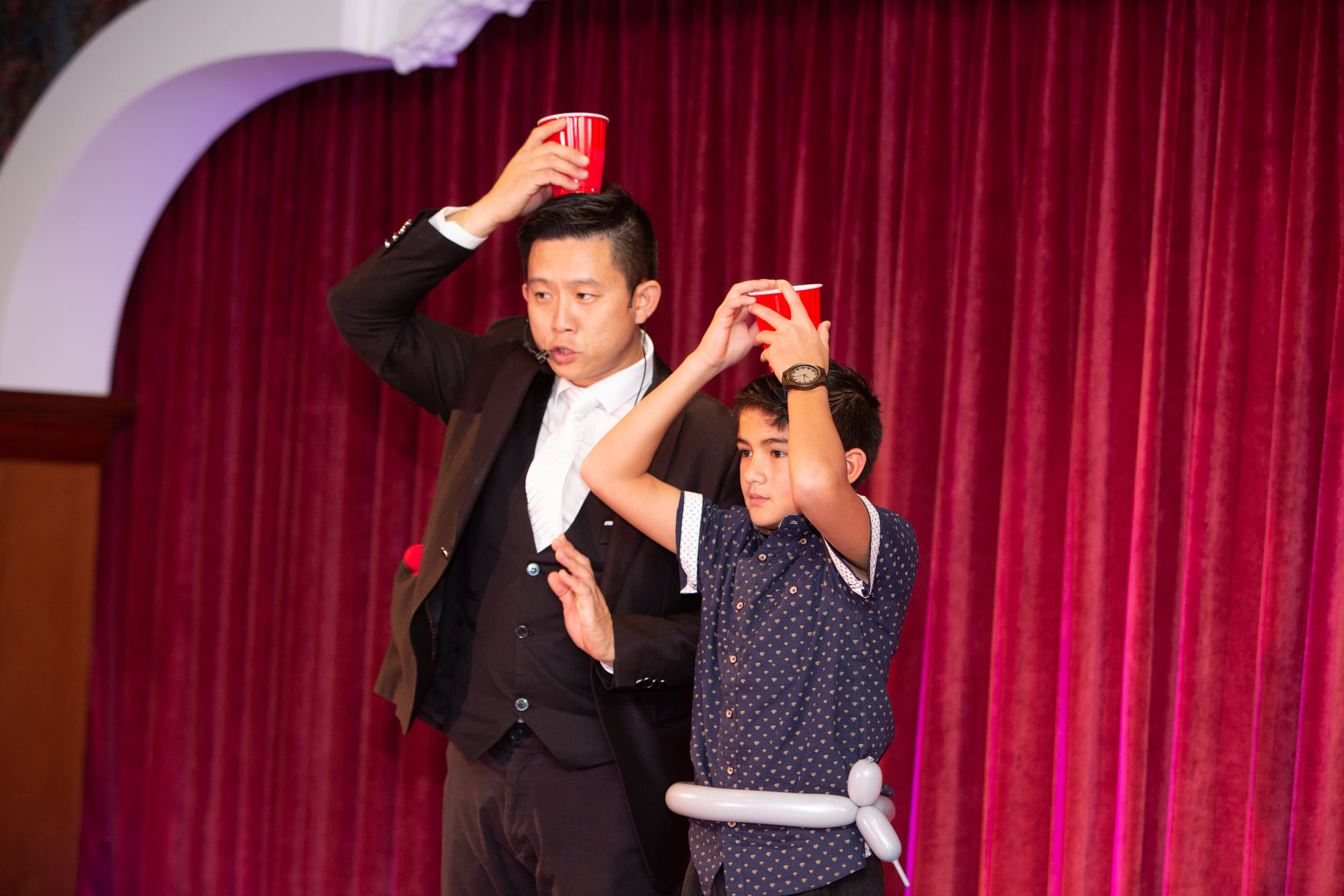 He still remembers those first performances, which made the children go crazy with the tricks.

Dan continued to press forward, showing at least 10 to 20 tricks at each performance, slowly developing his personal brand. Soon, his wife Kat, a balloon artist, and their kids got involved in the business. By the age of five, his son James had learned how to juggle three balls. By the age of ten, he was able to juggle three flaming torches and pick pockets (not at the same time). By the age of twelve, he had already made it to national television.

Knowing When to Stop the Magic

To impress an intellectual audience, Dan doesn’t necessarily need scenery, lights or costumes. Here he is, asking the famous TV journalist Raj Mathai to write down his name on one card before pulling it out of the shuffled deck again and again, making NBC staff in their huge newsroom giggle like children.

Successful business owners are hungry for puzzles and tricks that can truly fool them — and the secret solutions to those tricks. After a performance, Dan sometimes finds an opportunity to offer billionaires or their staff some magic classes.

And this is another marketing technique: “The next time they are going to throw a party, they will say: I have my magic teacher, who else am I going to choose for a performance?” Daniel says. 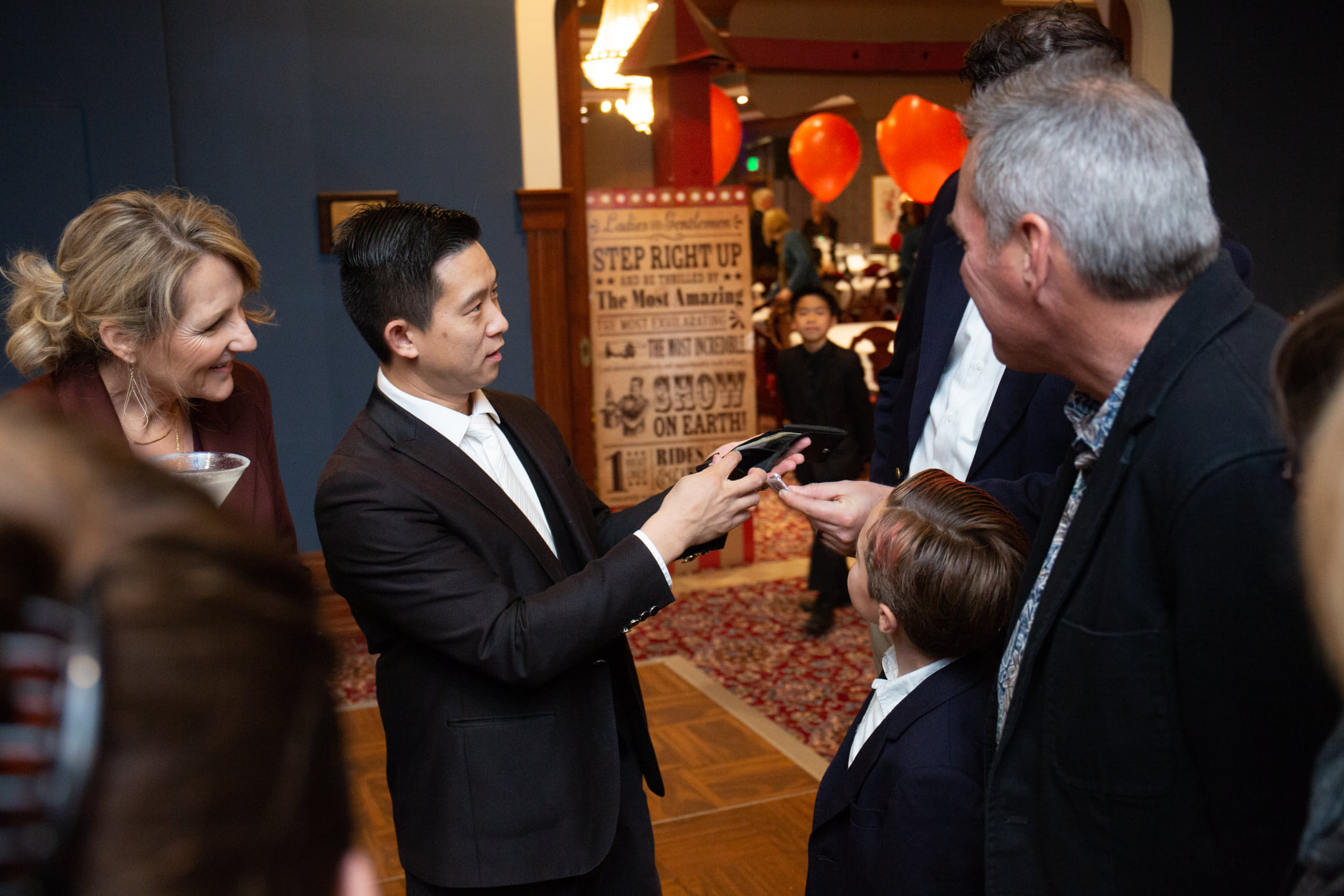 Tech companies also see magic as teambuilding and motivation practice. Imagine Google employees gathering together on a lawn, surrounded by a giant gingerbread man and chocolate donut sculptures, ready for Dan to teach them how to juggle. He makes them toss balls for an hour just to strengthen their fresh neural connections and to make their bodies see the impossible as possible.

One of Dan’s keys to success is to make his performance really memorable and intriguing.

When someone is paying you thousands of dollars, you better perform and put self-doubt aside, Dan believes. In this case saying “Let me try something” is not appropriate. You have to say “Let me blow your mind. Let me show you some magic.”

It is important to keep the balance and not to show the audience too little because they’re paying you top dollar, but also not to show them too much, in order to make them want more. Part of being impressive is knowing the moment when to stop the magic.

“That’s the thing that I feel is cool, planting a seed so that you get a chance to come back and laying the groundwork where you prepare something that comes into play when you perform for them again, even if it is two years later,” Dan says.

The end of the performance is just the finale of the first episode of Dan’s magic series, where the client is left hungry for the next episode.

“I educate, entertain, and inspire so that people choose to hire me. You know, we’re competing against Netflix or against anything that can possibly take your time,” Dan says. 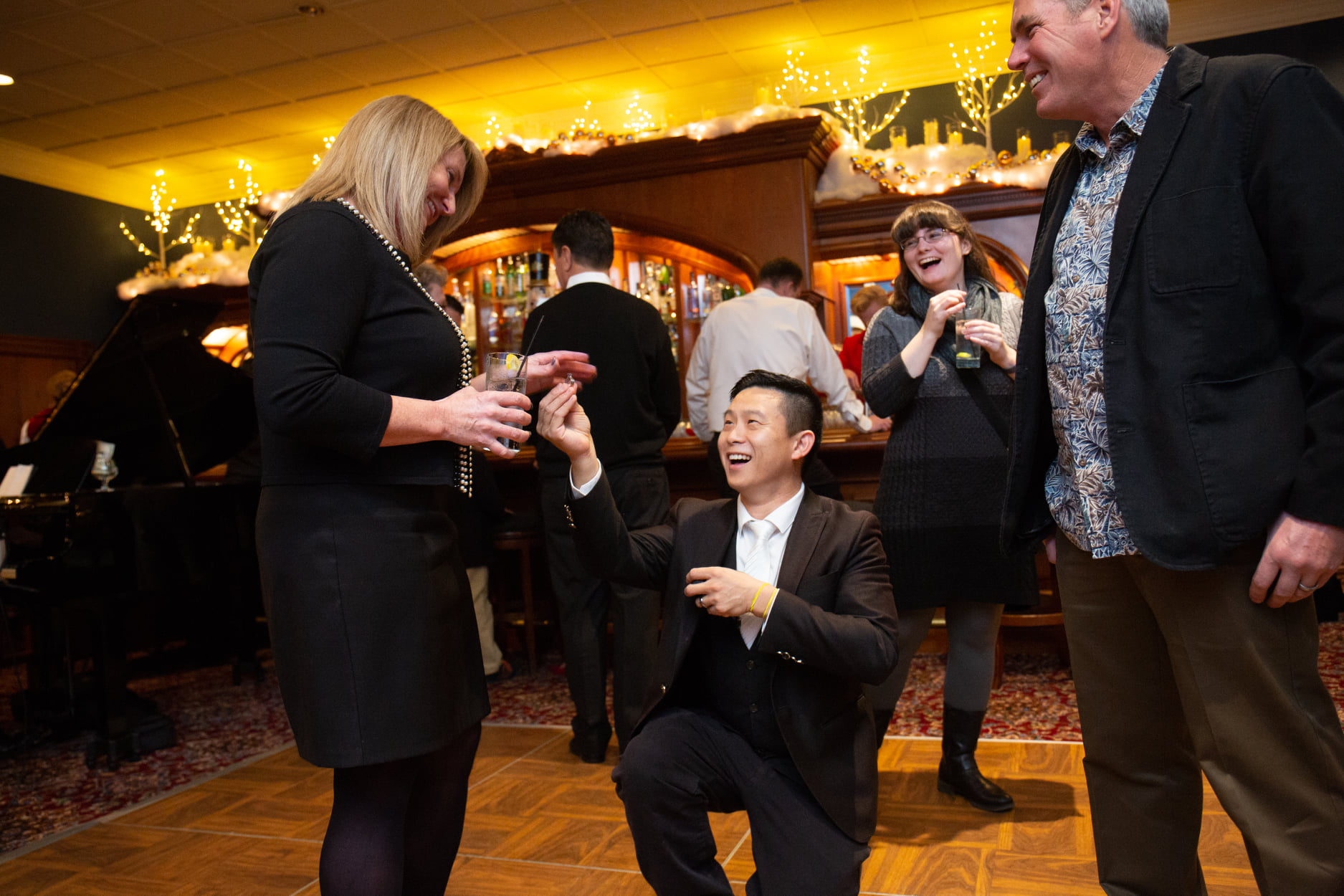 Performing for really rich people requires soft skills. Once you remove your magic mask, there should be something behind it.

In Dan’s case, he spends his free time studying his clients’ business models, investing, indoor skydiving, and sailing — it all helps him engage with the audience when the performance is over. It also makes him an intelligent character on stage, and lets him avoid simple, boringjokes.

Studying his audience also helps Dan wow his audience in the most unexpected ways. Before a corporate Zoom show, Dan sometimes sends an email to his client predicting the performance.

After his last trick, he points to the sealed envelope attached to the wall behind him, opens it and reads: “On Wednesday, September 30th, Anna will choose the eight of spades, Amber will think fondly of Beyonce and plans on celebrating Noreen’s birthday on August 20th.”

Over the span of his career, Dan has seen it all: $250,000 kids birthday parties, tigers, lemurs, penguins, three camels, and leopards in the backyard. Despite all these things, his my favorite thing still is to do a Zoom show, he admits. 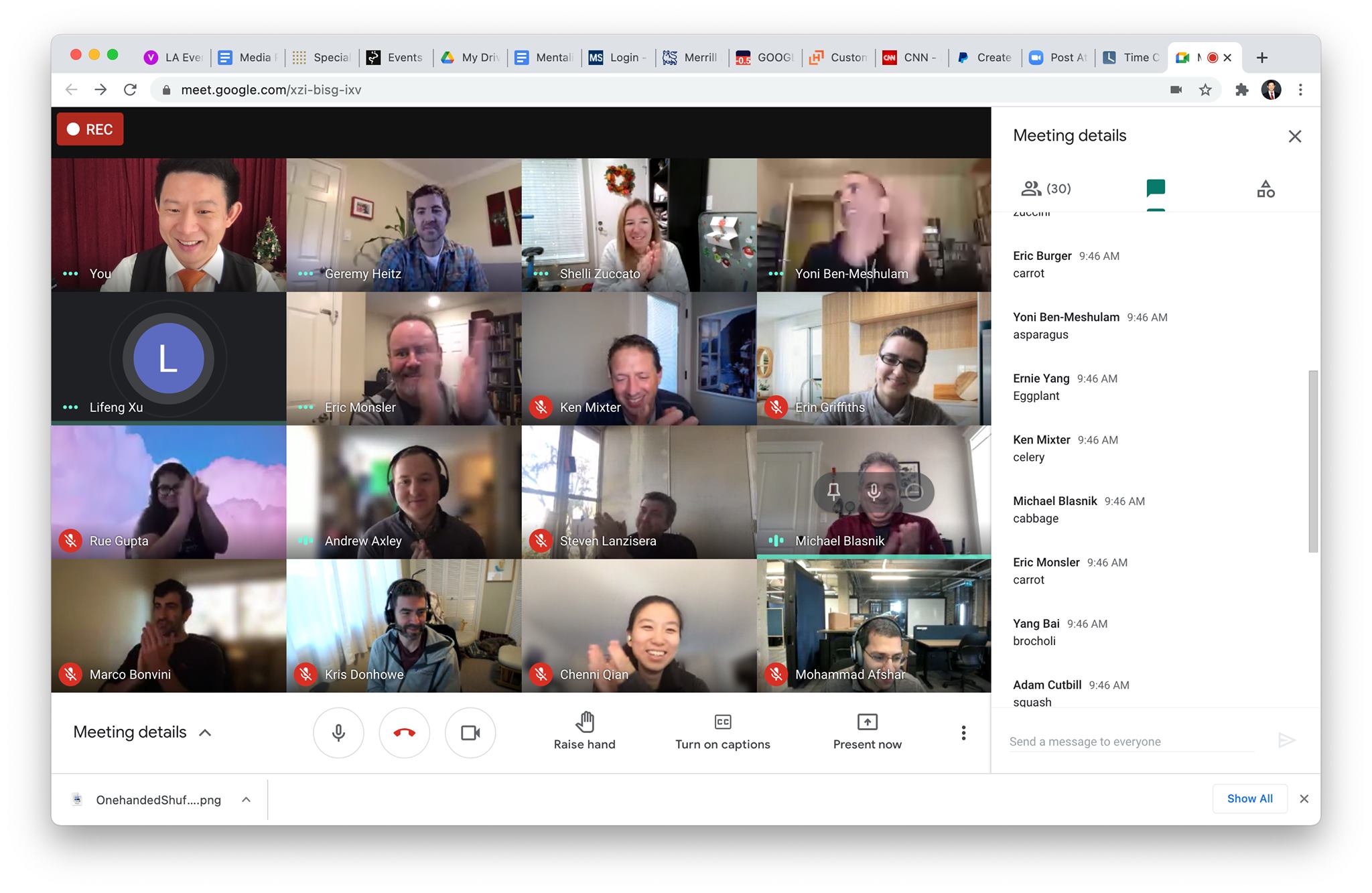 For Dan, Zoom was not only a chance to keep his business afloat at the time when he was losing $8k per week, but also to travel the world from South Africa to Dubai and back to the US within a couple of hours.

“On Zoom I have to play for the camera right in front of me, so I can do the angle sensitive things. I can just give a more consistent experience because every time my stuff is laid out in the same way, my show is a lot better than it was live, just because I’ve done so many in the exact same environment,” he says.

Out of nowhere a yellow rubber band appears in Dan’s hands, and it takes him seconds to turn it into a star.

He says: “You, my friend, are a star. What makes you a star is who you are on the inside. What you do day in and day out, molds you into a true superstar.”