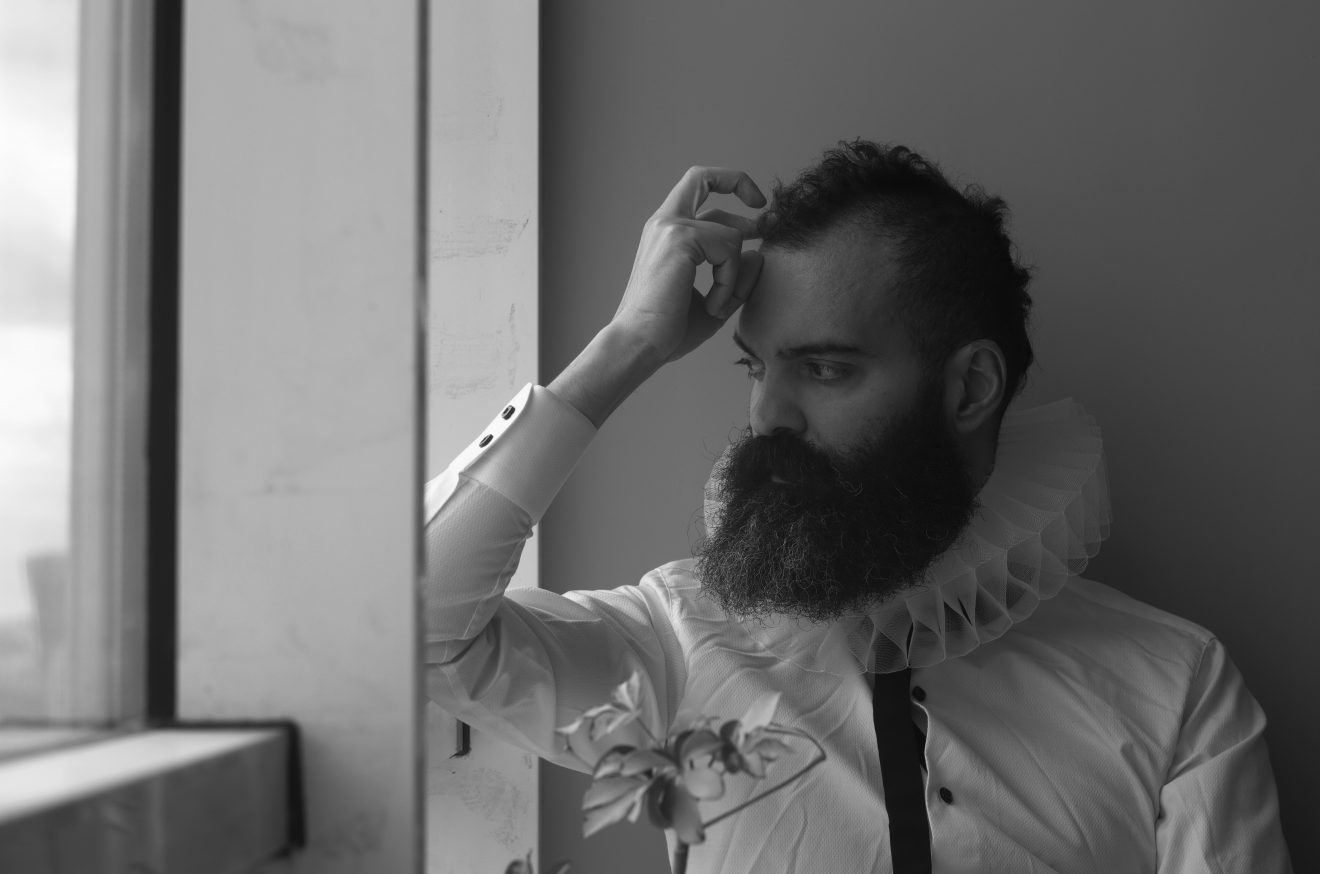 Going with the Flow and Never Settling Down

If you asked me what I am or what I do, I’d say, very simply, I am a creative. I’ve never wanted to be stuck in one profession, even in the arts. Over the years, I’ve followed my intuition and studied everything that caught my interest: dentistry, architecture, graphic and web design, music, photography, and film production. When I got bored, I would just quit and try something new. Dropping out of college didn’t scare me. What I was most afraid of was being stuck doing something I didn’t love.

That attitude has guided me throughout my life. Now I’m juggling a wide range of exciting projects, including filmmaking, creating music, and promoting my own brand of sunglasses.

I find myself on an endless journey; I cannot settle down. It’s as though I’m walking on a foggy path, and it’s just the wind that sometimes clears the way.

My journey started with architecture. When I was six, my father asked an architect to help him build our new house in Venezuela. I was struck by the process of visualizing the house in drawings and then realizing it with stone and construction materials. At that time, we were living in an apartment and we were excited to move into our new house. From that moment on I knew that I wanted to be an architect.

Unfortunately, I wasn’t accepted into the School of Architecture at the Central University of Venezuela. I didn’t want to waste another year, so I decided to become a dentist. In dental school, you have to draw and sculpt teeth, which I loved. It made the field seem creative. And when you’re practicing, there’s no boss to answer to. But after the first year, I realized that digging into someone’s mouth was not for me. I dropped dentistry and gave architecture another shot.

This time I was accepted into architecture school. For the first three years, I was extremely happy. The school was renowned for its great teachers, and I felt immersed in the creative world. Teachers praised my work as accomplished and original. It was inspiring, but it didn’t last forever. I took a class with a new professor who had a reputation for humiliating students. Without explanation, he called the project I had been working on for several months worthless. I threw it away and left the school. I was angry. My plan was to do my own thing and come back in a year.

At that time, a friend of mine was opening a bar and invited me to become a partner. Over the next six months, I designed a logo and decor, and came up with the music. At the last minute, after we had opened as a cafe lounge bar, my friend decided to change the concept into a French bistro. So I quit.

It didn’t take long before I started receiving offers from people in the restaurant industry, but the truth is that I didn’t know anything about the business. I wanted to get it right, so I left Venezuela to study restaurant management in the United States.

I was accepted into a prestigious restaurant management program in Florida. The course would start in January 2005, so to kill six months I took a class in graphic design. It took just one month for me to cancel all my plans and dedicate my life to graphic design. One day I attended a lecture given by David Carson, a famous American graphic designer and art director, and I was fascinated by him. It was a pivotal moment. Carson is an icon in the industry and the godfather of “grunge typography.” His way of thinking and working, of combining graphic design and abstract art, blew my mind.

This phase lasted a few years. I went back to Venezuela and opened my own graphic design company. I also became a creative director in one of the country’s creative advertising agencies. Still deep into my craft, I traveled to Argentina for a year-long course of study in web design.

But then another crisis hit — I lost my passion. I wasn’t able to focus on graphic design anymore. I started recounting things I eagerly wanted to try.

DJ’ing had been my hobby since college, so it seemed like a good idea to enter sound engineering school. But I found the technology at the school pretty outdated, so after one year, I dropped out again and this time I went to New York City.

I have my family to thank for these opportunities. Unlike a lot of kids, I was lucky to be born into a life of financial security. Without my parents, this journey would have been much more difficult, if not impossible. I’m also grateful that my family has never judged me for my decisions. My mother is an artist herself, so I guess she just understands me well.

Financially, my family supported me at the beginning of my journey. Later, I managed to study and travel on my own earnings from my graphic and web design skills, from savings and from investments I had made back when my country was thriving.

In 2010, I enrolled at the New York Film Academy for filmmaking and later, in the Photography program. During these four years, I was lucky to learn under Nitin Vadukul, Paul Warner, Ivan Julian, and other amazing legends. That was like an injection of happiness. I also fell in love a few times. But when school was over, many of my friends left the city and I started feeling lonely.

Soon enough, my loneliness turned into depression. I spent months hiding in my apartment. I watched a lot of David Lynch films at that time. Obsessed with his works, I started reading about him, and that’s how I learned about Transcendental Meditation (TM), a meditation practice that Lynch promotes through the David Lynch Foundation. It was instrumental in reducing my anxiety and helping me out of my depression.

During the New York years, I also worked on odd jobs in the film industry, such as a Digital Interface Technician in a Ricky Martin music video, an assistant director, and even driving a cargo van for a couple of film productions.

In 2014, I founded Never.Exposed, a pop-up gallery in Chelsea. I handpicked artists from around the world and exhibited their art in print and digital media. It started as a concept for a magazine.

Eventually, I molded this idea into a platform for exhibiting the work of my “citizens” – creatives with compelling stories and experiences that they share in various formats.

We host temporary exhibitions (normally for five days), often in a non-traditional space such as a storefront or a warehouse. We’ve taken Never.Exposed to Paris, Madrid, Barcelona, and New York — and now we’re planning to go to Moscow.

To make the project sustainable, we began selling artwork on our website. I’d like to make ten pieces from each artist available to buy online. We also have a clothing line called In Mirrors — you can read signs if you look at yourself in the mirror. Last year, I designed a line of sunglasses, which is an old passion of mine. We sell them at other galleries and event spaces, too. This provides a revenue stream for Never.Exposed.

In a way, my story is full of failure. But if I didn’t fail in dentistry, architecture, and sound engineering, I wouldn’t have arrived where I am now. I’ve never been afraid of failing; that’s how one learns. I’m excited to see what comes next.