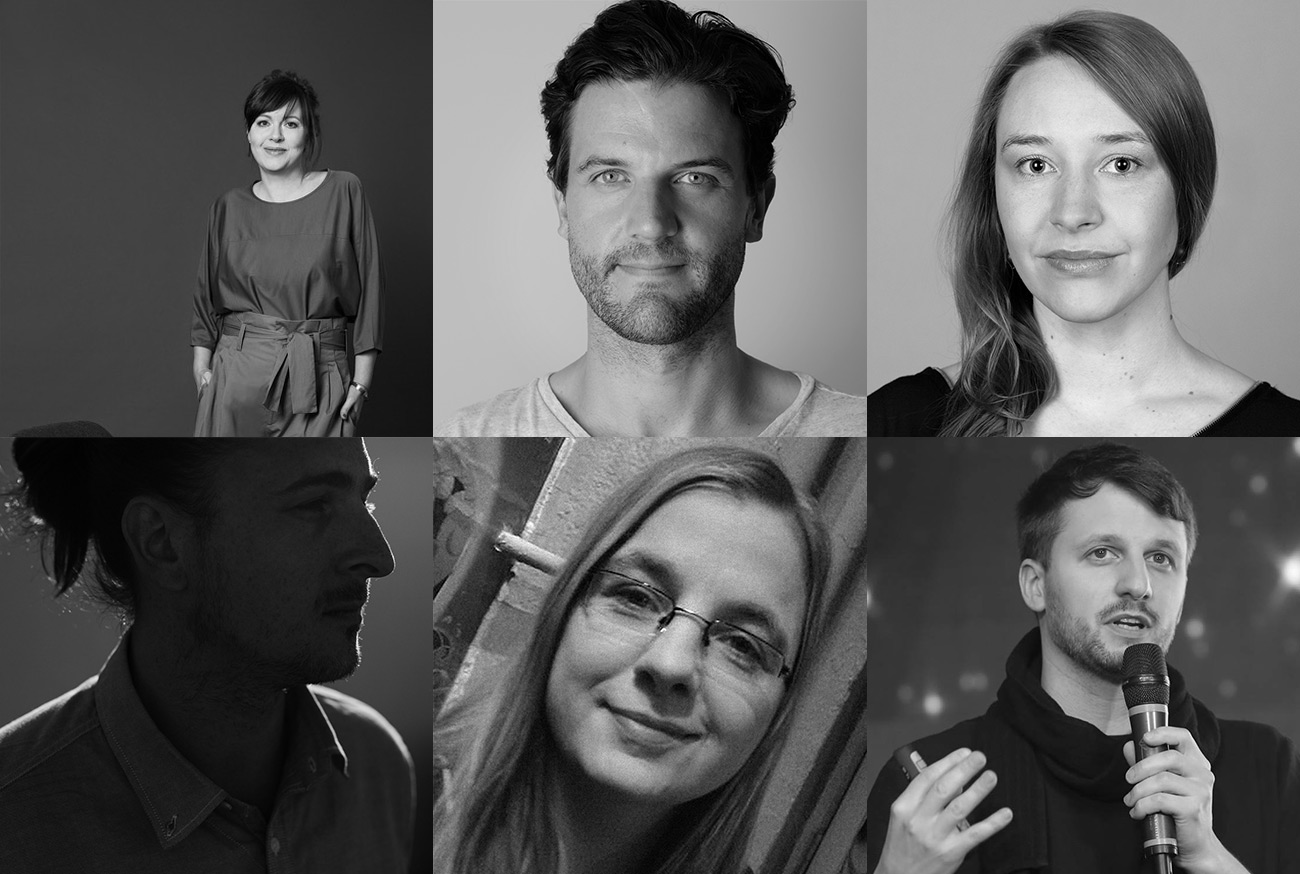 How Berlin Is Fighting the Coronavirus by Supporting Businesses and Nightclubs

The Vivid Minds continues to explore how different countries are dealing with the pandemic. So far, we’ve spoken with Italian artists, New York’s small business owners, and French chefs. Now we are turning our attention to Berlin. Not just the hippest city in Europe, Germany’s capital has also stood out during the crisis as a staunch advocate of freelancers and small business owners, allocating over a billion euros. About 150,000 freelancers who applied for immediate financial aid received 5,000 euros each. Businesses with up to five employees are eligible for an additional 9,000 euros, and businesses with up to ten employees are eligible for 15,000 euros more.

In addition to receiving state support, Berliners have organized initiatives to prop up beloved establishments through vouchers and crowdfunding. The two biggest initiatives, Helfen.Berlin and #Supportyourlocal, offer patrons a voucher from their favorite bars, restaurants, small shops and services and allow them to use it when the crisis is over. Berlin nightclubs, which have very few ways to stay visible, are taking part in “United We Stream,” a joint initiative organized by ARTE TV and radio rbb, where DJs play online in front of an empty dance floor. 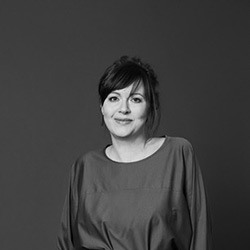 We closed our store at Zimmerstrasse near Checkpoint Charlie in mid-March. Spring is perfume season and our store is usually full, mostly with tourists. In one day, all of that was gone, which was really hard.

We didn’t completely stop perfume production, but we decreased it, since there isn’t much demand currently. However, our online sales are staying at pre-quarantine level. Even though people don’t generally think of perfume as a luxury item, it brings them joy, and they usually don’t buy it online.

We applied for Soforthilfe [state aid for small businesses], and received support that will sustain us for the next 2-3 months. Our employees work only 20% of the week, but we continue to support them. For us, it doesn’t feel like a tragedy, but more like a moment to breathe. My business can remain open for quite a long time with the state’s support. Since I’m able to sell my items online, I’m not that worried. It’s much harder for brick-and-mortar shops without an online market.

We’ve also joined the Berlin.Helfen initiative. It’s a great idea to support businesses through vouchers, but it’s also a bit complicated. When you purchase a voucher for a restaurant, you can’t be sure if it will reopen after the quarantine.

We also wanted to support doctors and other healthcare workers, so we asked our friends in the food and cosmetic industries for items they could donate to medical personnel. As a result, we prepared 200 packages with goodies, magazines, beauty products, popcorn, and energy drinks. Normally, we do this only for Berlin Fashion Week, but we thought it would be special to do now. 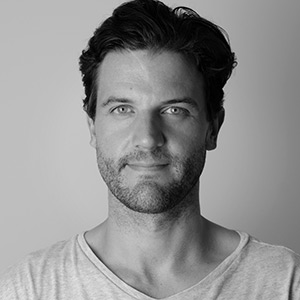 My friend Per and I came up with the idea of launching a website to support local businesses. We quickly spread the word online and through these businesses’ networks, and the amount of volunteers grew fast. We hadn’t worked together before, but thanks to video calls, our team operates effectively despite social distancing. All of us have full-time jobs, but we try to spend a couple of hours together every day after work, and we make sure to catch up regularly.

We introduced the idea to Sven Vogel, Managing Director of prointernet, and he immediately agreed to integrate our initiative with firstvoucher’s. The website was launched on March 19 and we have been improving it continuously since then with various features like map search.

We see #supportyourlocal as an umbrella initiative, which provides information and visibility for other projects in Germany that support local businesses. Currently, we feature about 5,000 shops and counting across Germany. On average, there are 2,000 daily visitors to the website. And in just 10 days after launch, we raised 50K euros for the first 110 partner-shops.

Locals really want to support their favorite spots and buy vouchers. The crisis has affected everything, but especially cafes, bars, and restaurants, as well as organized events. Vouchers can make a significant impact on businesses, but state funding is a really helpful supplement.

We hope all the wonderful small businesses that we love survive this crisis. 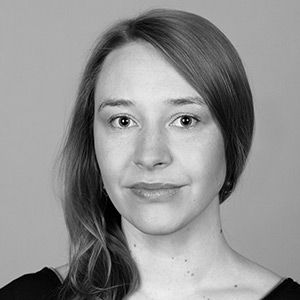 Studio Hertzberg is a group of fourteen designers. Some of us create unique new pieces, others upcycle old fabrics or produce items on a bigger scale and sell them in other shops. We share an atelier where we all work together.

Although we don’t have our own online store, some of our designers sell their items through Etsy, Avocadostore, and other sites. Our designers also collaborate with other shops, but since all offline stores are closed, we promote each other online.

We have been astonished by the amount of support from Berliners for local shops, restaurants, and cafes. It’s amazing to see how important we are to the public. We recently applied to join Helfen.Berlin, and already have sold some vouchers. I think these initiatives should remain in place in the future.

Many of our designers applied for Soforthilfe, and the majority of us have already received the money. Without this aid, we wouldn’t have been able to keep going. We are happy that the state quickly responded to our needs. My production is based in Poland, but I had to scale down because my sales slumped. I didn’t want to let my production house down, so we made a compromise and will produce the same collection next year.

I want small shops to reopen as soon as possible (small stores were allowed to resume operations on April 20 – ed.). We are able to maintain social distancing, disinfect our cardreader and our facilities, and wear face masks. We can also offer face masks to our customers when they enter the shop. We hope that we can reopen soon, because it’s a matter of our survival. 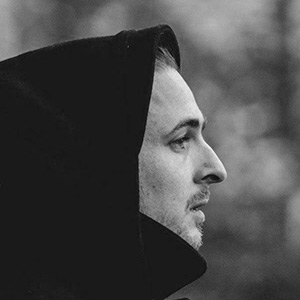 In March, the government announced that all clubs, bars, and restaurants would be closed. We had to cancel all our upcoming events. We immediately joined “United We Stream,” a fundraising initiative for the Berlin club scene. So far, the platform has raised over 400,000 euros.

We also started broadcasting DJs’ sets at Klunkerkranich through the Klunkerkranich livestream. We started our artist fundraiser and raised almost 6,500 euros. This week, we set up a crowdfunding campaign, where backers can purchase tickets which will be valid once the quarantine is lifted.

Unfortunately, we haven’t been able to apply for state support yet because we have 65 employees. We’re waiting for political leaders to begin helping mid-size businesses like ours.

The only chance for us to survive is with a bank loan, as we haven’t received any external aid so far. The bar reopened just after winter break in January and February, so we don’t have any cash reserves. The virus hit us full-force.

The government said it would reimburse wage earners for “Kurzarbeit” [short-time work]. That means our employees will be getting paid 60% or 67% of their usual wage, while they are staying home. But we haven’t received any money yet, and we are paying employees out of our own pockets.

The situation is quite difficult. I’ve never seen so many people in existential fear. Nevertheless, people are still together, giving each other a hand. I hope that after the crisis is over, we can use it to focus on unconditional basic income, fair wages, and to keep fighting for our right to be recognized as part of the cultural scene in Germany. Although clubs in Berlin are considered places of “joy and amusement,” they are still not seen as places of culture. 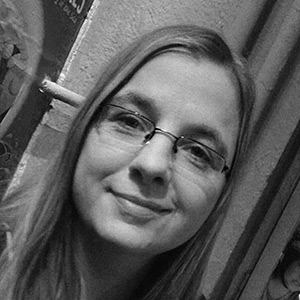 Cinema Manager at Moviemento, an independent cinema in Berlin-Kreuzberg

There are 1,734 movie theaters in Germany, and all of them are closed now, so we are using this time to renovate and clean carpets and halls. People have been generous by buying our vouchers. We also launched a crowdfunding campaign with other indie cinemas in Berlin and have raised about 95,000 euros so far. In addition, we applied for Soforthilfe and received 15,000 euros each for Moviemento and Cinema Central in Mitte. A business owner can apply for 15,000 euros if they have up to 10 employees.

Medienboard [the state-supported media funding board] has also helped a lot. Every year it awards a theater for cinema-programming [the Kinoprogrammpreis] and this year they doubled the award. All the cinemas which applied for the award received another Soforthilfe of 10,000 euros, and the winner of the Kinoprogrammpreis receives half of Soforthilfe, in addition to the award.

At the moment, half of our employees are on reduced working hours, and 60 percent of the wages are covered by the government. Other employees are on Mini-job contracts [limited to 450 euros] and students’ wages have remained the same, as the state won’t compensate for the shortage.

After the quarantine is over, we might have nothing to screen, since there are no movie releases in the works. It’s hard for us to foresee our future. 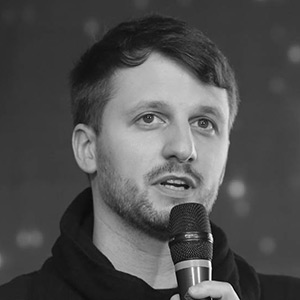 Executive Board Member of the Clubcommission Berlin

Right now, we have a lot on our plate not only because of the crisis, but also because we can’t conduct any offline meetings — we need to make all decisions over the phone. In the course of 20 years, we built a network of 250 clubs and promoters, and we are well connected to policymakers. So, we are trying to pull resources together and negotiate financial support.

We started our streaming campaign, United We Stream, four weeks ago, and it’s even bigger than Boiler Room now. We are streaming every night from different clubs and have expanded to ten cities.

We have eighteen on stuff, plus ten board members. Fortunately, the crisis hasn’t hit us as hard as it has the venues. We receive government funding and membership fees, and we keep working.

With United We Stream we’ve already earned about 420,000 euros. We collect money and then we distribute it to those who apply. We also created a rescue fund to help those clubs that need urgent help. It’s a bit of a complicated system. You can read about it on our website.

Historically, we have had a high level of solidarity here in Berlin. Our audience doesn’t see clubs as businesses, but as parts of a community. It’s a question of whether you want to take part in this project, or if you just want to be a guest. We had done crowdfunding before when clubs were in danger and earned between 50 and 80K euros, so we were expecting that we’d be able to generate a similar amount of money this time.

Additionally, we have good support from our partners. We crosspost streams on 200 different Facebook pages every night, we have TV channel streaming, and our partners like VICE Magazine also crosspost.

Many businesses are in danger now, but clubs will probably be the hardest-hit in the pandemic because they will be the last to reopen. The government is going to support cultural centers with another 300 million euros, and we are trying to help clubs receive some of that support. Many clubs may only survive for 3-4 months; it would be hard to sustain for any longer.